Ramaraju Mahanthi
Thank You For Everything. 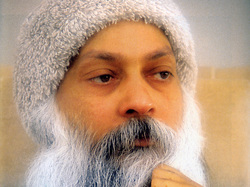 You might have seen pictures of Pyramids. The Pyramids in Egypt were constructed by highly competent people. The meaning of Pyramid is “that which contains fire”.

The main reason for constructing the Pyramid is to absorb energy. Its triangular shape attracts the power. While sitting in a Pyramid, you will experience new thoughts which may not be possible outside. The shape of the Pyramid itself will give you a divine feeling. It provides divine vibrations. Probably the architects of the Pyramids were great visionaries. They have visualized what we could not see.

Why were Pyramids Built ? : Pyramids in Egypt are like pilgrimage places in the ancient civilization. The most important feature of them is, it will be dark inside the Pyramid. At the time of construction of these Pyramids (10,000 -20,000 years ago), there was no electric power. They might have used fire batons to go into the Pyramids. However, there are no traces of smoke chars on the walls or roof-bottom of the Pyramids. The paths inside the Pyramids are very lengthy, curved, twisted and dark. There is no provision to provide lamps or supply option for electricity.Had there been any usage of oil or ghee lamps, batons or fireplace,some indications must have been there. In such case, a doubt may arise as to how people wandered inside the Pyramid. If there is no need for anybody to go into the Pyramid, then why were so many paths laid in it? There are many steps, places to sit, windows, doors etc. Why were all these provided inside the Pyramid, when there is no light at all? That is a mystery. If it is believed that the sen Pyramids are built for the sake of some enthusiastic Kings, then the purpose of its construction will remain elusive.

Many research works have been conducted in this field. The prime questions those people tackled are:

(i) why were Pyramids built,

(ii) what is their purpose

(iii) in a barren land,why were such mega structures built,

(iv) how much expenditure was incurred to build it,

(v) how many workers were employed for its construction

(vi) were they meant merely for preserving the dead people? If that is the only reason, then all the expenditure of money and manpower is a waste.

But the fact is that they were built for a spiritual purpose. If anybody does't a systematic study about their own 'inner-fire', a type of light ray emanates out of their bodies. Only those kinds of people are eligible to enter the Pyramid, as they don't require any help of lamp or electricity. By observing special meditation procedures with reference to the internal fire, they can emanate light from their bodies and therefore qualify to enter into the Pyramid.

Scientists are still wondering why there are no stray rocks in the surrounding areas of the Pyramids. They are located miles a  way from the finished Pyramids. How were the heavy rocks brought to the site, as there were no cranes in those days? There is no scope for any technical support, as the rocks were arranged by men. Even then, arranging those rocks towards the sky, that too to finally attain the Pyramid shape with ]accurate angles, leaves an impression that the architects of those Pyramids possessed some extra-ordinary expertise.

Hence, the Egyptian Pyramids, their construction, their environs, their peculiar shapes, facial features really have a meaningful purpose. Pyramids were built by great Masters, who have experienced the internal benefits of these structures.

In fact, the mighty rocks used for the construction of Pyramids are heavier than what the present cranes can lift. It is also a fact that they were lifted and placed properly. All the work was done manually. Either there must have been some specific equipment for them or they might have used their fourth-state bodies. Ancient Egyptians must have used some unique to lift the mighty stones.

Mysterious Anecdote: In early 1900, while doing a research on Pyramids, one research helper went missing. They searched for him with the help of lamps. They could not find him for the next 24 hours. Later, at around 2 am, the research assistant came out running like a mad man. After some pause, he narrated his horrible experiences in the Pyramid. He said that, while searching for the way-out in the dark, he haohadofound a door on the wall and had entered through it. Just as he had crossed the door and turned his back , the door automatically closed. He said, “I turned back and could not find any door in the wall. I remembered that a stone had slid down from the top and the door was closed. I screamed for help, but no one responded. As there was no way back, I wandered in the dark. It is very difficult to explain my exact experiences. “It is a fact that the assistant went missing in the dark Pyramid fcreaor 24 hours. But the explanation he was narrating was unbelievable. The entire group searched for the door that was being described by the assistant, but nothing was found. He could not show how he entered inside and came out. So everyone thought that he might have fallen unconscious or had fallen asleep and had a dream. However, they documented all his narrations. After some days, when they were doing more research, the group found another manuscript, that had details resembling narrations made by their assistant. Now, the mystery deepened. Then they decided that these must have been stored in an invisible room, which can be opened to a personaffected by some non-physical energy. It may be a sudden event or a gradual event. Their assistant might have been caught unaware and had been influenced by that particular non-physical energy. For this reason, though he was able to narrate it but he could not prove it. There was a remote chance for such a door to open.

Construction of Pyramid Interiors for Special Experiences: For example, all the rooms and halls are so arranged in the Pyramid that there is every chance for activation of some consciousness. Every shape in the Pyramid is believed to create specific experiences. If you enter a room with a low ceiling, though it is not touching your head, you will experience that something is pressing you down and create an impression that you are shrinking. In fact, nothing is pressing you down physically but still you will experience that something is pushing you down. In the same way, if you enter a room with a high roof, you will experience that something is expanding in you. We can construct a room with these limitations, suitable for doing meditation. As an outcome of several research works, it is now clear what type of room is suitable for doing meditation. We can accordingly build a room either to create a compressive or expansive feeling. We can also choose suitable colors for interiors, room odor, acoustics, etc. Meditation..easier in Pyramids! This is 'a great mystery; if you want to go much deeper meditation, it is quite easy in a Pyramid. Due to this, you will require less food and less water. You can also remain for a longer period of time without taking any food.Compared to outside of the Pyramid, you will consume less energy inside the Pyramid. Even if the soul leaves the body, it can be stored in the Pyramid.

Something interesting used to happen in Ramakrishna Paramahamsa's life. He used to go into deep meditative samadhi state continuously for about six days. At that time, his body used to shrink and his disciples used to massage his body and protect it. Without that he had to strive hard to come back to normalcy. Only because of the massage, his body could sustain some heat and the blood flow was active. Had he been doing the same samadhi practice in a Pyramid, the massage might not have been required.

Preservation Power of Pyramid: The mummies preserved in Egyptian Pyramids are 5,000 years old. They are dead bodies of human beings. Yet, they are preserved in a systematic way; they appear as if they died recently. What preservative liquids were used in that processes is still a mystery. The peculiar shape of the Pyramid itself may be a prime reason for the long and fresh preservation. Not only the bodies, but any item that is kept in the Pyramid appears afresh for a longer time. As the Pyramid transforms the Sun rays, many wondrous things happen.

At one instance, when a researcher was doing his research work in the Giza Pyramid, a dog entered into the Pyramid. Later, without observing the dog's entry, he closed the entrance of the Pyramid. He went on leave for about three weeks. On his return, he found the body of the dog. Although it had converted into a mummy, no foul smell was coming from the body!The shape of the Pyramid is believed to provide preserving capacity.

One Czechoslovakian scientist Karl Drbal, thought about how things are preserved by the shape of a Pyramid. He felt that may be the pressure inside the Pyramid is also a reason. Then, he did some experiments with his razor blades. He constructed a small Pyramid with a card board and placed some used razor blades in it. Astonishing, the used blades became sharp within hours and were found to be useful again. He even got a patent for this. In this way we can use only one razor blade for an entire life time!

If a Pyramid is able to sharpen a blade, then why can it not sharpen your consciousness? Yes, it is possible!

Modern Pyramids: At present, small plastic or glass Pyramids are available in the market. People, who are health conscious, should try to sit in a Pyramid. It helps a lot. There is no strict rule about its shape- it can be rigid or flexible. You should be able to carry it where ever you are going. You can make it into a roof or a tent. You will find the positive difference. If Pyramids are used regularly, we can increase our life span. If it is made a part of every house, school and college or in daily life there is a possibility of extending the life span even up to 300 years! It is sufficient if we do meditation for an hour every day in a Pyramid, this will protect our life.